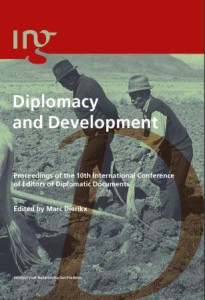 In 1949, when still busy winding-up the decolonisation of Indonesia, the Netherlands made a modest start with development cooperation. On 3 October the govemment decided to donate 1.5 million guilders (68o.ooo euro) for aidprogrammes of the United Nations. Over the next 6o years the growth of the Dutch aidbudget would be spectacular. In 1989, the last year we have documented in our official records of the history of Dutch development policy, the budget had grown to 2,5 billion euro. In the twenty years that followed 1989, the budget again doubled to almost 4·9 billion euro.
The making and carrying out of the aid policy was the effort of several govemment departments, subsidized private aid organisations, and specialized companies and institutions. How many people were involved exactly is hard to determine. Ten years ago, the minister for development cooperation Eveline Herfkens wrote in her preface to the jubilee book, Fifty Years of Dutch Development Cooperation that 3.400 civil servants at the Ministry and in the embassies were involved in rnanaging the aid budget.